The ​Mary Rose is a carrack-type warship of the English Tudor navy of King Henry VIII. She served for 33 years in several wars against France, Scotland and Brittany. After being substantially rebuilt in 1536, she saw her last action on 19 July 1545. She led the attack on the galleys of a French invasion fleet, but sank in the Solent, the straits north of the Isle of Wight.

​The case for the Mary Rose is made by Chris Dobbs, head of interpretation at the Mary Rose museum and one of the Archaeological Supervisors in charge of excavating the contents of the shipwreck.

The Mary Rose and the People of Tudor England Podcast.

Not What You Thought You Knew, interesting pod cast by Dr Fern Riddell. 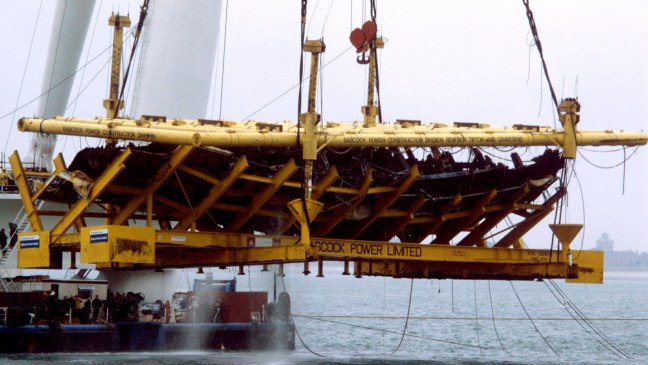 Recovering the shipwreck of the Mary Rose
The wreck of the Mary Rose was discovered in 1971 and was raised on 11 October 1982 by the Mary Rose Trust in one of the most complex and expensive maritime salvage projects in history. The surviving section of the ship and thousands of recovered artefacts are of great value as a Tudor-era time capsule. The excavation and raising of the Mary Rose was a milestone in the field of maritime archaeology, comparable in complexity and cost to the raising of the 17th-century Swedish warship Vasa in 1961. The finds include weapons, sailing equipment, naval supplies, and a wide array of objects used by the crew. Many of the artefacts are unique to the Mary Rose and have provided insights into topics ranging from naval warfare to the history of musical instruments. The remains of the hull have been on display at the Portsmouth Historic Dockyard since the mid-1980s while undergoing conservation. An extensive collection of well-preserved artefacts is on display at the Mary Rose Museum, built to display the remains of the ship and its artefacts. 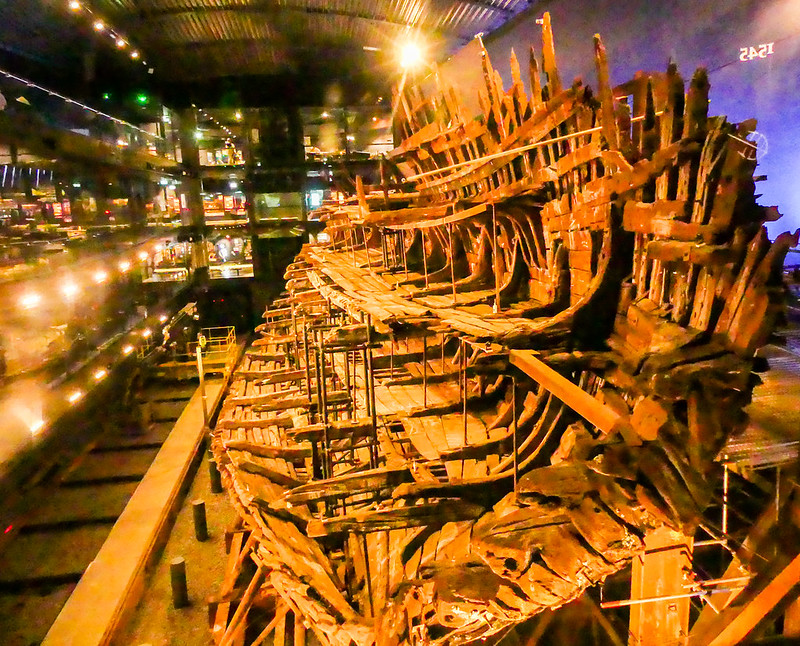 The Preserved remains of King Herny the eighths flag ship The Mary Rose
After the decision to raise the Mary Rose, the vessel would eventually go on permanent display. Since the mid-1980s, the hull of the Mary Rose has been kept in a covered dry dock while undergoing conservation. Although the hull has been open to the public for viewing, the need for keeping the ship saturated first with water and later a polyethylene glycol (PEG) solution meant that, before 2013, visitors were separated from the hull by a glass barrier. By 2007, the specially built ship hall had been visited by over seven million visitors since it first opened on 4 October 1983, just under a year after it was successfully raised.
A separate Mary Rose Museum was housed in a structure called No. 5 Boathouse near the ship hall and was opened to the public on 9 July 1984. It contained displays explaining the history of the ship and a large number of conserved artefacts, from entire bronze cannons to household items. In September 2009 the temporary Mary Rose display hall was closed to visitors to facilitate construction of the new £35 million museum building, which opened to the public on 31 May 2013.

The new Mary Rose Museum was designed by architects Wilkinson Eyre and the interior by Pringle Brandon Perkins&Will and built by construction firm Warings. The construction has been challenging because the museum has been built over the ship in the dry dock which is a listed monument. During construction of the museum, conservation of the hull continued inside a sealed "hotbox". In April 2013 the polyethylene glycol sprays were turned off and the process of controlled air drying began. In 2016 the "hotbox" was removed and for the first time since 1545, the ship was revealed dry. This new museum displays most of the artefacts recovered from within the ship in context with the conserved hull. As of 2018, the new museum has been visited by over 1.8 million people and saw 189,702 visitors in 2019. ​​